As a kid I used to love cartoons, there were so many good ones that they would keep me occupied for ages. Cartoons like Transformers, Mask, Thundercats, He-Man, Visionaries, Centurions, Starcom, Bravestar, Ghostbusters, Teenage Mutant Hero Turtles and loads more besides. As I got older I lost interest in these cartoons as there was an element of thinking that it wasn’t something that teenagers did and also the cartoons lost their appeal somewhat. When I got to my 20s I regained my interest in cartoons for 3 main reasons: Futurama was released which I instantly loved, I started to discover other cartoons that were interesting and I basically stopped giving a fuck about what anyone else thought and focused on what I enjoyed. 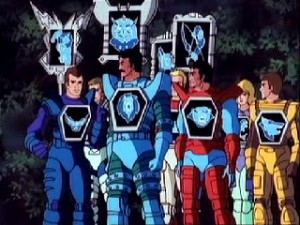 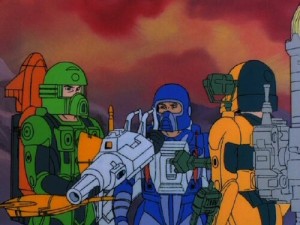 With that in mind I’m going to list my top 10 cartoon series, the order is somewhat subjective as my mind changes based on what I feel like watching at any time. Special mentions go to Legend of Korra, Young Justice, Ergo Proxy and Teenage Mutant Ninja Turtles which may have made the list had I watched them in their entirety.

10 – Transformers: It’s 30 years old at this point, the animation hasn’t aged especially well and it’s pretty much just a glorified toy advert but I love it for a variety of reasons. In characters like Optimus Prime, Grimlock, Megatron and Starscream you know what you’re getting for the most part but it’s nearly always fun, Peter Cullen lends a real sense of gravitas to proceedings and when all said and done it’s giant robots beating the shit out of each other, what’s not to love? Special mention must go to the movie released in the 80s which killed off Optimus Prime (he was brought back later on, don’t panic) which caused such an outcry that allegedly a similar plan to kill of a character in the GI Joe movie was changed.

9 – Bravest Warriors: This probably would have been higher on the list were it not for the fact that it’s a Youtube show with a run time of about 50 to 10 minutes per episode. It’s from the guy behind adventure time and basically follows four young heroes far in the future as they journey through space doing hero type things and saving the universe. It’s as out there as you would expect from the guy behind it and it is really very funny but the thing I love about it the most is a little fella called Catbug, who may actually be one of my favourite cartoon characters ever as pretty all his lines are hilarious and he’s just cute as fuck into the bargain.

8 – Robot Chicken: Possibly a bit of a cheat this one as it’s not a cartoon in the conventional sense however seeing as it uses stop motion animation and it’s my list I’m allowing it. Each episode is generally a series of vignettes that focus on taking the piss out of things like Star Wars, super heroes, 80s cartoons and a million and one things besides, and what really makes it stand out are the people that they’ve had doing voices – geek legends like Mark Hamill, Bruce Campbell and my personal hero Nathan Fillion. All in all it’s worth checking out just for how bat shit crazy it is, and it is full on fucking insane.

7 – Cowboy Bebop: This is the only anime that made the cut as I’ve generally steered clear as historically I’ve not always concentrated and I’ve then lost track of what the hell is going on. With that being said Cowboy Bebop works as the episodes are generally standalone but find time to explore the main characters back stories and how this effects them in the present. The characters are multi faceted and very well realised, you can actually identify with their motivations and foiblesand this really makes you care about them in a way thats rare for any kind of series. Also the music deserves a special mention, performed by a blues and jazz ban called The Seatbelts it really is exceptional and really helps Cowboy Bebop stand out. 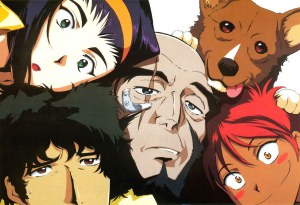 6 – Batman the Animated Series: A fucking outstanding series and for a lot of people the definitive version of Batman. The series really benefits from Kevin Conroy’s phenomenal voice acting which is has led to many views of him being the best Batman, which is not even taking into account Mark Hamill’s Joker which is astoundingly good. In terms of the artistic style it draws a lot of inspiration from the Tim Burton films but Gotham feels like a character all on to itself at times and the assorted characters feel very close to the comic counterparts. The show also led to the film The Mask of the Phantasm which delves into the dichotomy of Batman and Bruce Wayne in a very compelling way and the film is bloody excellent for it.

5 – Samurai Jack: The tale of a samurai who is thrown through time by an evil wizard he is about to destroy. Emerging in a future where the evil wizard Aku has conquered the world in his absence and it bearing little resemblance to the world he left behind Jack must journey to find a way back home to his own time. The art is very stylised however this in no way detracts from proceedings and the show does a great job of getting on Jack’s side throughout and there are some surprisingly touching moments such as Jack finding the village where he grew up but it’s become a ruin.

4 – Adventure Time: Lets state right off the bat Adventure Time is utterly fucking mental. It’s so hard to explain but the best I can do is that the show mostly follows Finn, who is potentially the last human, and his adopted brother Jake, who happens to be a talking dog, as they adventure through the world of Oo. There’s a lot more to it than that but it would take too long, it’s very funny, insanely weird and also strangely moving at times too. It does a good job of investing you in the main characters while also making potentially throwaway characters awesome, a case in point being Ricardio who is a talking heart voiced by George Takei. As I say utterly batshit but well worth checking out.

3 – Archer – Imagine James Bond if he were American and with alcoholism, narcissism and sociopathic behaviour cranked up to 11 and you have a basic idea of what Archer is like as a character. Archer for the most part is an absolute arsehole to the other characters he works with, especially his ex girlfriend Lana who has to deal with the full gamut of his douchebaggery. And yet in spite of this he’s still an inherently likeable character, possibly due to the fact that he’s a bit of an idiot and hasn’t sussed the correlation between how big a dick he is to people and how badly things tend to go for him. In terms of supporting characters you have Cyril – a put upon accountant with a sex addiction, Pam – A blabber mouth HR lady who likes bare knuckle fighting, Cheryl – a billionaire secretary who likes to be choked, Ray – a gay redneck with bionic legs, Mallory – Archer’s mother and the head of ISIS where everyone works and last but by know means least Krieger – a mad scientist in the true sense of the term who may also be a clone of Hitler. The whole show is essentially mental as evidenced in the 5th season where they go from being spies to being absolutely atrocious drug dealers, but it’s always very funny indeed.

2 – Futurama: Had this list been made a couple of months back the Futurama would have been number one, and it’s entirely possible that it will be elevated back up there at some point. It’s the tale of Philip J Fry, a pizza delivery boy from the year 1999 who falls into a cryogenic freezer and is defrosted in the year 3000, the show then follows Fry as he becomes a delivery boy and meets Leela, a one eyed mutant, and Bender, an alcoholic criminal who is also a robot (his full name is Bender Bending Rodriguez). Futurama worked because it was very good at working different tones, you had the episodes where you got a view into the sense of wonder that Fry has at his new surroundings, like when he gets to go to the moon and is more impressed by the moon itself rather than the theme park that now exists there. You get the sense of hope as he tries to woo Leela, which leads to some very touching episodes, and you also get full on emotional kickings, I won’t go into it but The Luck of the Fryrish and Jurassic Bark are both heartbreaking for different reasons. It’s says a lot for the writing that it effortlessly ran through the various different emotional ranges. Futurama has been cancelled about 3 times now and due to the love of the people that watch and make the show it’s been brought back a couple of times, it looks like it’s gone for good but with Futurama you can never be 100% sure that it won’t be back again, and when all said and done what’s life without a bit of hope.

1 – Avatar: This show is also know as Avatar: the Last Airbender, not to be confused with the James Cameron film with the blue dudes. Avatar is about element benders – firebenders, waterbenders, earthbenders and Aang who is the last airbender of the title, and also the Avatar, an entity that can master all the elements and is responsible for protecting the world. Aang fled from his duties and froze himself in ice. He is woken 100 years later by Katara and Sokka, a sister and brother from the southern water tribe, into a world that has been at war and finding that the way of life he knew has been extinguished by a fire lord who massacred the airbenders. The show follows Aang as he journeys to master water, earth and fire in order to eventually battle the fire lord and bring peace to the world. The show manages to have the perfect blend of adventure, humour and all out fun, and it gets seriously dark towards the end of the 2nd season. There is a lot of character development and you really get a sense that the Aang, Sokka and Katara grow up as the series progresses, though the most development goes to Zuko, the banished heir to the fire lord, who goes from antagonist to ally in a arc that feels entirely natural. The supporting characters are great to with a special mention to Uncle Iroh, who manages to be both funny and at the heart of the more emotional moments regarding Zuko. There is also the nice surprise that some characters have shown up in the follow up series Legend of Korra too.

So yeah cartoons are pretty fucking awesome, and I’m sure there are loads that I haven’t even mentioned. I will will finish up with a special hats of to Futurama for being at the heart of 2 of my favourite memes ever: 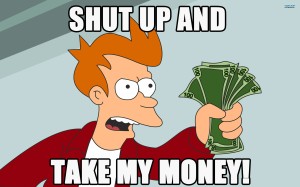