I like computer games and I like a good story, luckily over the years I’ve come across a variety of games that have epic stories. As a growing medium it’s been fascinating to see how clever the writing can be. Unlike a film which is usually a couple of hours long most games have a story campaign which is a lot longer, and that’s without getting into sequels. So how do the developers ensure that they hold your attention for the span of this? Hopefully with a well written story, expansive world and lore, interesting characters and the occasional intelligent plot twist. With this in mind I’m going to chat about a few characters, plot twists and games in generally that I consider to be particularly well written, there’s likely to be some spoilers though so bear that in mind.

Garrus Vakarian: Mass Effect series – To be fair this could be a list sole of Bioware characters but Garrus gets the nod on the basis that he starts of as basically a space cop but in the second game he’s become almost a space Batman. Tired of the red tape preventing justice he’s taken to dishing it out himself along with his trusty sniper rifle. It also helps that he basically gets all the best lines and has a good grasp of self deprecation. 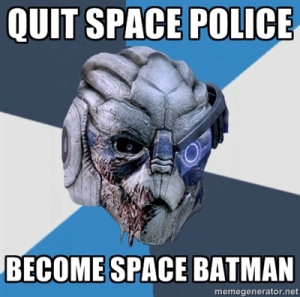 Glados: Portal series – https://www.youtube.com/watch?v=q5kkwermfs4 watch this, it’s ok I’ll wait. Done? Good, and this is just a small portion of the brilliance of Glados over 2 games, genuinely one of the funniest characters in a game ever. Also special mention to Cave Johnson who is also very funny. 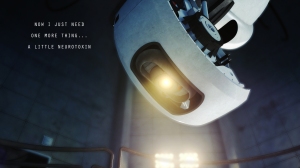 Cortana: Halo series – You control a indoctrinated, genetically modified super soldier who doesn’t speak much therefore Cortana has a key role to proceedings as she provides exposition and also something of an emotional core to the game. She’s an AI based of a living brain therefore she’s smart but she’s also funny and full of personality, and this creates an interesting dynamic as she’s far more human than the player character despite of her being an AI.

Leon Kennedy: Resident Evil 2 – Leon has been in a few Resident Evil games but it’s the second where for me he’s at his best. He arrives in Raccoon City for his first day on the police force but it turns out to be in the middle of a city wide zombie outbreak. He’s just a regular guy doing his best to keep it all together, help people where he can and try and get the hell of Raccoon City, he knows he’s out of his depth but he soldiers on regardless. 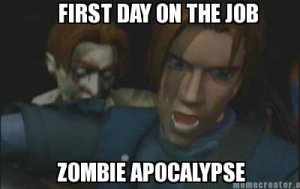 Nathan Drake: Uncharted series – A loveable rogue of a character with a penchant for getting himself into situations that look like they’re going to end badly. It’s is interplay with his supporting cast and the fact that no matter how ridiculous he situation he finds himself in, he’s always a compelling character and is always seems to have a quip for anything thrown at him. 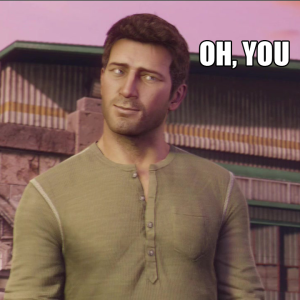 Metal Gear series – Hideo Kojima loves a convoluted plotline (Metal Gear Solid 4s use of nanomachines to explain pretty much everything) however the basic story of the series is a very strong one. It’s essentially something of a tragedy as you follow Big Boss changing from a hero to a villain due to a series of incidents where he is used by people in power and then you witness his legacy via his 3 clones: Solid, Liquid and Solidous Snake. The latter 2 being villains and the former attempting to save everything. It’s all a bit overblown at times but it’s made by how well realised Big Boss and Solid Snake are. 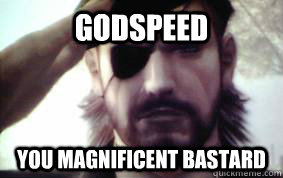 Assassins Creed 2, Brotherhood and Revelations – The key plotlines to each of these games are all compelling however there is so much than that. Over the course of 3 games you get to witness Ezio (easily the most likeable character of any Assassins Creed game) deal with loss, revenge, finding a cause in the assassins, accepting leadership, and ultimately coming to terms and moving on and this follows Ezio from about 17 up to his 60s and it’s always fascinating. 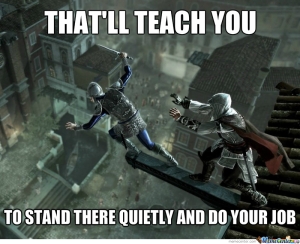 Shenmue series – Shenmue is frustrating in that the story may never actually be finished, but in the meantime it’s a tale of revenge. Ryo Hazuki witnesses his father’s murder and vows to avenge him. This takes Ryo on a journey that leads from Japan to Hong Kong, where he makes new friends and adversaries alike. As the game progresses it becomes clear that there’s more going on than initially seems to be the case, though this is pretty much the point where the second game ends. DO yourself a favour though and play subtitled versions if you can as with most cases it’s better than the dubbed version. 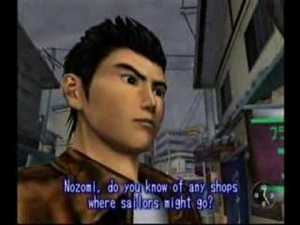 Suikoden – The oldest game mentioned on the list and based on a Chinese novel, it charts the course of a young man who is driven from his home by a corrupt empire and inadvertently becomes the leader of a rebel army trying to overthrow said empire. Over the course of the game he meets numerous people and must contend with numerous tragedies, including battling and ultimately killing his own father who is a general for the empire. It follows the RPG trope of a silent protagonist and yet this never gets in the way of the narrative which is gripping from start to finish.

Dragon Age Inquisition – The main story is fairly generic save the world type stuff however Dragon Age makes the list on the basis of how well realised the world is, Bioware know how to build a world and provide backstory to it while also moving it along and opening up possibilities for future instalments. It also benefits from having a truly diverse and interesting group of characters, each with their own quirks and personalities, to provide a foil of sorts to the player character. I spent 120 hours playing it and the only reason it wasn’t more is that I wanted to finish the main story.

Final Fantasy 7 – You spend a portion of the game believing that Cloud was a member of an elite military group and that events up to the start of the game happened in a certain way. As the game progresses there are hints that Cloud may not actually be the most reliable narrator, and when the truth emerges it’s actually quite tragic as he’s injured in a attack on his hometown, experimented on, rescued by his best friend who dies saving him and due to the trauma of all of this assumes aspects of his friend’s identity. It’s a massive oversimplification but it was one of the first instances of a game having complex characters and definitely got me into RPGs 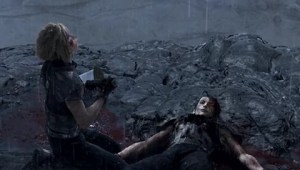 Mass Effect 2 – So you’ve spent the first game killing various alien species and a giant sentient killer spaceship, so how does Bioware reset your character to serve the narrative? Simple, they kill you off in the opening 10 minutes of the sequel and then resurrect you after a time jump of 2 years. Ordinarily I’m not a fan of gimmicky plot devices however in this instance it works really well and was genuinely shocking to boot. 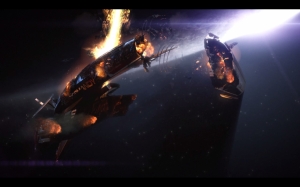 Red Dead Redemption – A game with an unconventional ending, you spend the game controlling John Marston as he tracks down members of his former gang and kills them at the insistence of government officials blackmailing him by threatening his family. He does this and returns to his farm with his family where he thinks he will get to finally live in peace, only to find this isn’t the case when said government officials arrive at his home a group of men and shoot him dead. It’s powerful and made more powerful by the epilogue where John’s now grown up son tracks down the man responsible and kills him, meaning that John’s attempts to keep his son from the life of an outlaw have been in vain. 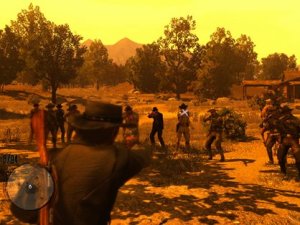 Bioshock – You’ve spent the early parts of the game following the direction of a cheery Irishman called Atlas has he helps you find your way through the the underwater city of Rapture, using the phrase “would you kindly” as a prefix to most of his utterances which you don’t think anything of until you meet Andrew Ryan and Atlas essentially asks would you kindly kill Andrew Ryan. At this point it’s revealed that Atlas is in fact Frankie Fontaine, a man trying to seize power and using you to do it via a mind control trigger phrase: would you kindly. It’s brilliantly executed and adds so much context to the early parts of the game. 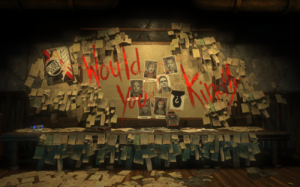 Knights of the Old Republic – For me one of the greatest twists ever, all through the game characters talk about Revan and how he was a Sith lord to be feared and nearly brought the galaxy to heel, only to be seemingly killed by a Jedi strike team and his apprentice, Malak, turning on him. This continues until about three quarters of the way in when you confront Malak who reveals that you’re actually Revan. It was totally unexpected and added a layer of context to proceedings, and if you played the game through again then you would notice lots of little nods and comments that hinted at the reveal that now made perfect sense. 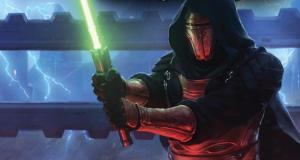 Obviously all of the above is entirely subjective, and is entirely my opinion. If you happen to read this and have your own opinions feel free to comment and offer your own favourites as I would be genuinely interested to know.