I’m at a point in my life where I have a few tattoos, I’m up to 13 so far and have plans for a few more at least before I’m done. I’ve limited myself to my arms so far and I think that might be where I draw the line, I may venture onto my legs at some point by nothing on my torso for sure as I no longer have the physique for it. I’m going to talk about the ones I have a little, the geeky connotations for them where applicable and also about some of the personal significance behind some of them (some I just got because I liked the design). 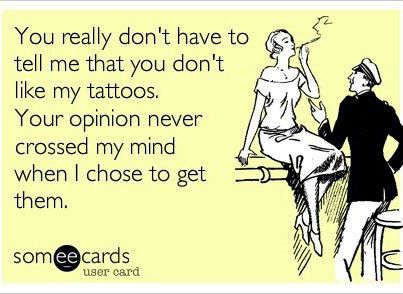 I’ve always waited between 6 months and a year before getting a tattoo done once I’ve found a design, the logic behind this is that by doing this it means I only get something done that I definitely want. I feel quite fortunate that thus far I’ve not ended up with anything I regret or wish I hadn’t got done. I do need to start getting them touched a little though as general wear and tear means some of them have faded a little bit. 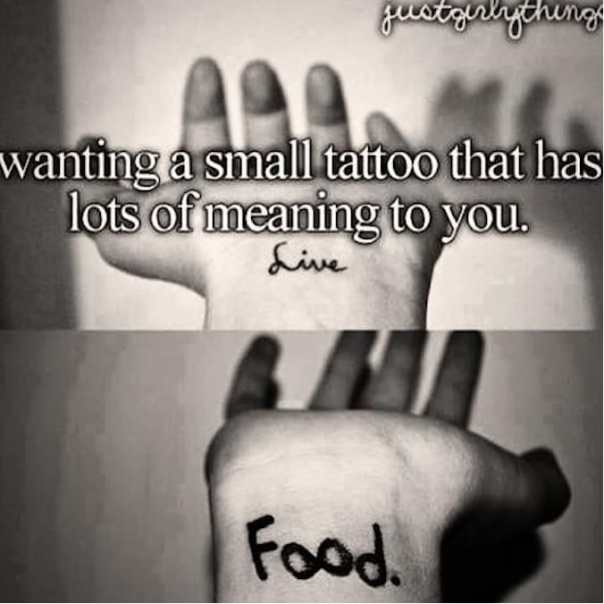 A Samurai symbol – From doing extensive research before I got it done this means duty, this came about after watching a film called The Last Samurai and going through a normal bout of obsession where I read up on things excessively. I was fascinated by the code of the samurai and picked the symbol for duty out of it as I always try to keep my word where I give it so it was a reminder for me to keep at it. I’d like to think that thus far it’s worked out reasonably well.

The kanji symbol for wolf – For years wolves have been my favourite animals and I’d spent a while looking for a good wolf tattoo. When I couldn’t find one I started looking at alternative options. I stumbled across the kanji symbol for wolf which I liked the design of and after a lot of checking to validate that’s what the symbol meant I got it done. 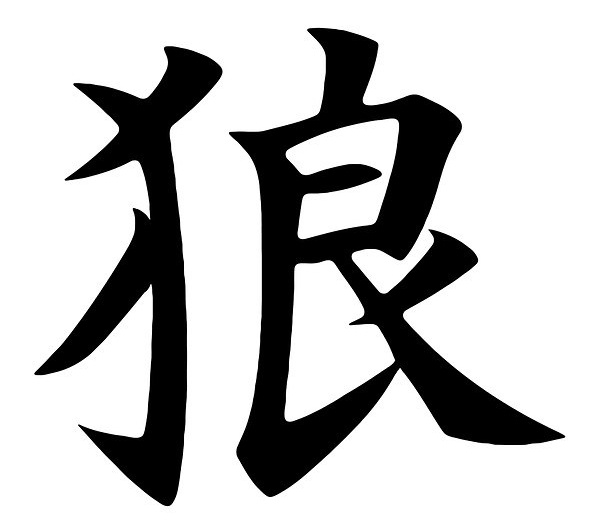 A Buddhist zen symbol – I was reading a boo about zen during a period when feeling depressed and trying to find things that helped, this symbol came from the book and stuck with me so I got it tattooed as a reminder of that struggle with depression. It also ties in nicely to a game called Okami where you you get powers that are triggered by simulated paint brush strokes and this symbol resembles the power that causes the sun to rise in the game, which I think is a nice little coincidence.

The Roman numerals for 3 – Three is my lucky number, I’m not even sure how that came to be at this point or how lucky it’s actually been for me in the grand scheme of things but it was something I wanted to get done and so I did. Again I can’t say that the tattoo has brought me any specific luck or prevented any misfortune but it makes me happy to have it and it makes for a conversation topic if nothing else.

The Summoning Dark – This one was taken from a Discworld book called Thud. In it Vimes (who is my favourite character) becomes possessed by a dwarves spirit of vengeance and is left with this mark on his arm. This seemed like a perfect one to get as it serves as a tribute of sorts to my favourite character in the entire Discworld series as well as the series itself.

The Meta symbol – I like a web series called Red vs Blue rather a lot and it’s based of Halo, a game series I also love. In one of the later seasons a character is collecting AI fragments to try and achieve metastability which in the Halo universe is where an AI can essentially be considered as human. Anyway it’s another two for one geek reference of things I’m super interested in.

The 4 elements – This one is pure geekiness, I was (and still am a little) obsessed by two cartoon called Avatar and Legend of Korra. This tattoo covers the four elements that the Avatar has to master – earth, water, fire and air. There were a few options in terms of an Avatar but the others I had in mind were far more obvious and on the back of my hand which I have other ideas for should I decide to get that tattooed. 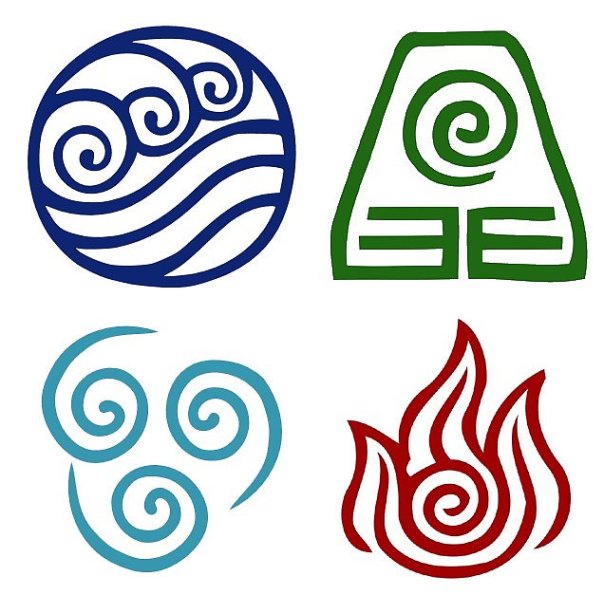 Kirkwall crest – This one is another geeky one, it’s take from the compute game Dragon Age 2 and is the crest of the city of Kirkwall. It’s stylised representation of a dragon and it’s taken from a game series that I am pretty obsessed with and have been since the first game. I also had been looking at dragon tattoos for a while so it was nice to find one that was unusual and tied into the game too.

A wolfs head – I did eventually find a wolf design I liked while watching Final Fantasy 7 Advent Children, an anime sequel to the Final Fantasy 7 game. This was a happy accident really as the game was the first RPG I really played and it helped give me a huge appreciation for story driven games so to find a tattoo of something I’d been wanting for ages that linked me to a game that was hugely important to me was awesome. 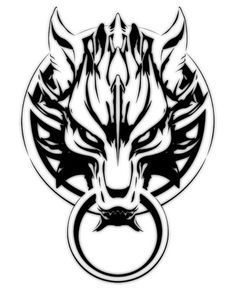 Chinese symbols – The symbols mean waiting for serenity and this one is a pure geek tattoo as well as the symbols are taken from the ship Serenity in the TV show Firefly. The show is one that I’ve loved for about 17 years at this point even though it only had one season and a movie. I’ve lost count of the number of people I’ve recommended it to over the years.

The Paragon symbol – This tattoo is lifted from a game series called Mass Effect, which I’ve mentioned more than once. It’s the symbol that represents a moral choice within the game that’s classified as good. I always played the paragon route in game and personally in life I try to a decent human being for the most part so this acts as a kind of reminder to be the best person I can be as much as possible.

The Jolly Roger – Everyone is fascinated by pirates and I’m no exception. This tattoo was the by product of watching all four seasons of Black Sails in a fairly short amount of time. I did a lot of reading up on pirates afterwards, particularly on Jack Rackham who was my favourite character in the series. It turns out he designed the most well known version of the Jolly Roger which seemed perfect for a tattoo. 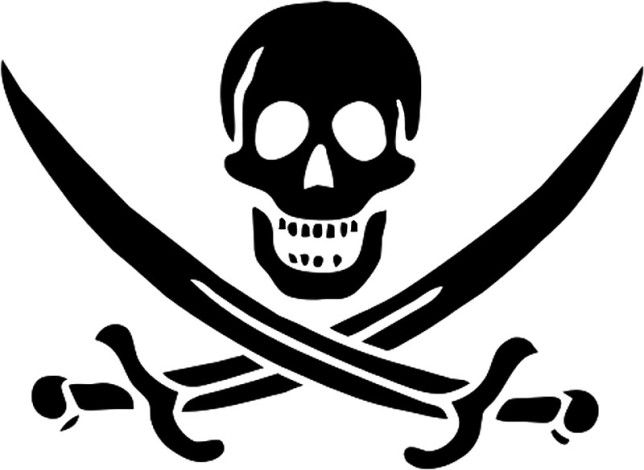 The Arishikage symbol – This ones my favourite and takes me back to being a kid. I watched a cartoon called GI Joe and my favourite was a ninja called Snake Eyes, this is the symbol of his clan and he had it tattooed on his arm. It was a tattoo I always remember wanting it. I decided to get it done after completing counselling for the first time as a bit of a treat and actually upon looking into it more found out something else that made it a little more apt for the time period when I got it done. It’s actually also a symbol from the I Ching, an ancient Chinese book of divination and this particular symbol means completion. This seemed pretty appropriate to how I was feeling after completing the counselling. 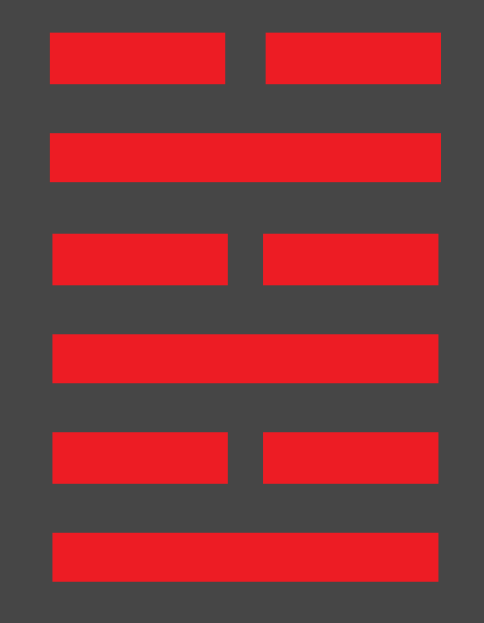 This is what I’ve had done so far, I’ve got ideas for what I would like to get done next too. The initial plan is to turn my left arm into a sleeve, the upper arm I’d like to be a sort of autumn leaf motif to go with what I already have there. I’m brainstorming ideas for my left forearm as there’s a number of scars on there that I want to cover up, they aren’t hugely noticeable to other people but they are to me, possibly because I know they’re there due to a period where I self harmed and I’d like them to be covered so as to try and lessen the reminder of that period of time.

An example of what I’d like to work in at some point is the Nightwing logo. For those who’ve read a little you’ll know that Dick Grayson is my favourite comic book character for a great many reasons. As you can see a continuation of the other geeky tattoos but I figure it works for me so why not stick with it. If nothing else they’re an amusing talking point with people which is not necessarily a bad thing.