On top of the many things I’m interested like films, games and books I’m also into comics. I read the standard stuff like Batman, Deadpool and a fair few of the other superhero titles and I’ve checked out licensed stuff like Transformers. I thought I’d list 10 series that are well worth a look, I’ve tried to avoid superhero books and series that haven’t finished as yet though I’ve made a couple of exceptions. I will point out this isn’t a top 10, I considered it but ranking them all is a nightmare as I think they’re all superb.

10 – Saga: The first exception on the list as it’s to finished as yet, in fact the series has gone on a break and should be picked up again later in the year at some point. It’s kind like a fantasy Romeo and Juliet if the main characters in that story didn’t commit suicide and had a kid. It’s a smart, funny and touching story of two parents from very different worlds trying to raise a child in the midst of a war between two sides that don’t want that child to exist. There’s a lot of batshit mental characters within the story but they’re all fascinating, I’ve really enjoyed reading this and I’m looking forward to seeing how the story continues. 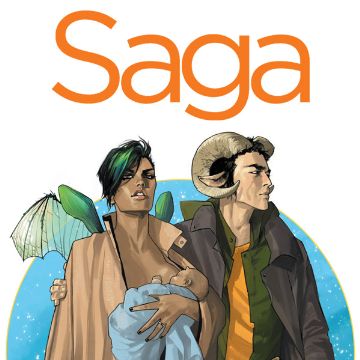 9 – 100 Bullets: I don’t even know how to begin to describe this series, it’s full of twists and turns and really isn’t easy to explain. I guess I’d describe it as part revenge thriller and part conspiracy thriller. Agent Graves gives wronged people a gun with 100 completely untraceable bullets to get revenge on the people that wrong them and they have the option to take or leave the opportunity as they want but Graves is also recruiting new members of an organisation he heads up as he has his own agenda. It’s definitely a series that makes you think and keeps you guessing all the way through that’s for sure.

8 – Y the Last Man: Set in a world where all male animals suddenly die apart from main character Yorick and his pet monkey who somehow survive. The story follows Yorick and his bodyguard Agent 355 as they try to discover why he survived and to try and use this information to try and find a way to save humanity from extinction. It’s a bloody fascinating concept and thankfully the writing is excellent, Yorick is a great character but the supporting cast, such as Agent 355 and Yorick’s sister Hero, are all equally brilliant. I don’t think it went on too long either which is always helpful, and the series always managed to retain a degree of mystery rather than feeling the need to explicitly explain every little thing.

7 – Sleeper: I could have filled this list with Ed Brubaker books, his writing is fucking incredible, Criminal, Incognito and Velvet to name a just a few, seriously check out his work. I’ve gone for Sleeper on this list because if there’s one thing Brubaker knows how to write it’s a thriller that takes you on a ride where nothing is ever straightforward. Holden Carver is a bit of a badass, he’s been fused with alien tech that’s removed his ability to pain and given him a healing factor amongst other things. He’s placed undercover in a criminal organisation and the story follows him as his loyalties are questioned, i don’t want to go into the plot too much for fear of spoiling it but I really can’t recommend it enough.

6 – Scott Pilgrim: I started reading Scott Pilgrim and initially thought it was a realistic tale of a dude and his life, turns out I was completely wrong and what it actually turned to be was fucking insane. If you’ve seen the film you’ll know it’s the story of Scott as he romances Ramona Flowers and how in so doing he has to fight her seven evil exes. The movie essentially condenses six books down and while it follows the basic main plotline but does so by also condensing the timeframe the story makes place in which means that there are a number of subplots in the comic books. What’s always nice though is that there are still tons of little geeky references through the whole series, as a result of all of this it’s a lot of fun to read.

5 – Preacher: Garth Ennis is a genius, a lunatic but still a genius. Preacher tells the story of Jesse Custer who has acquired “the voice of God” and is journeying across America to try and find God who is having something of a holiday from Heaven. The voice allows Jesse to make people do what he wants which isn’t even the most insane part about a series that includes an Irish vampire, a ultra secret group tasked with looking after the descendants of Jesus and the Saint of Killers who is essentially an indestructible hitman that Heaven utilise. It’s a series that very much loves to revel in the absurd, whether it be the main villain getting an injury that makes his head resemble a cock or a character that makes a giant lady made of meat so he can fuck it, these are both true and it shows the sort of sense of humour you’re dealing with here and why it’s so gloriously unhinged.

4 – Akira: Technically not a comic book in the conventional sense so much as a Manga but it’s a series so for the  purpose of this piece I’m counting it. It follows the same path as Scott Pilgrim in that it was made into a film that condenses six books worth of story into a single film, it works well but when reading the book there’s a lot that’s expanded on such as Tetsuo gaining powers and Kaneda falling in with the resistance which obviously both happen in the anime film, and then you have much more of a focus on Akira who while discussed in the film literally appears for about 5 minutes and doesn’t really have any impact on that particular story. It’s also interesting to me that it started being published way back in 1982 and it still holds up amazingly well today. 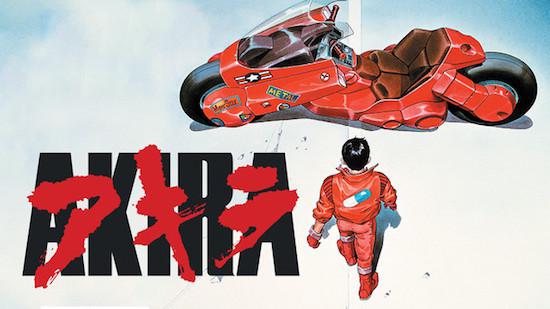 3 – Scalped: Jason Aaron is another amazing writer who has done some amazing work, his recent work on Thor being a prime example. Scalped is amazing because it was one of those series that I found through a recommendation. The story follows Dashiell Bad Horse, an FBI agent, as he’s sent undercover back to the Native American reservation he’d left prior to the story to infiltrate Lincoln Red Crow’s rather unpleasant group to get evidence on crimes he may have committed in the past. What makes Scalped so amazing in my eyes is that it does a great job of setting up a history for the characters that impacts the story that’s being told. Also Dashiell works because he left his home as he was desperate to escape his old life but has never been able to escape the anger it left him with, also he uses nunchucks like a fucking badass.

2 – Transmetropolitan: This series follows Spider Jerusalem as he returns to The City after a self imposed exile to pick up his job as a journalist in a very very dystopian future, as the series goes on he finds himself up against a corrupt president and trying to make the people aware of just much of a danger this president is. On reflection it’s a bizarre parallel to what’s happening in America now, and weird that it was initially published over 20 years ago. What I love most about this series is that it’s able to shift seamlessly between different tones, it’s got a really dark sense of humour and can veer from being incredibly cynical to having a real sense of pathos and it’s something that’s stuck with me as a result.

1 – Punisher Max: The other exception on the list, this is obviously a superhero book but it’s reimagined in such a way that the Punisher is now an older man and it grounds him in a world where there aren’t any actual superheroes, instead he’s taking on mobsters, sex traffickers, the military and groups like that. It’s another Garth Ennis series so it really doesn’t shy away from the violence, there’s a shit load as you’d realistically expect from a story about a brutal vigilante that kills criminals. It’s another story by Garth Ennis for the most part (though there is further stories by Jason Aaron which bring the series to a proper conclusion) but there’s nowhere near as much humour, with what there is coming from supporting characters, it’s a fucking grim series but it’s compelling because it’s a fresh take on an established character.

You’ve also got things like the Walking Dead, Lazarus, Fables, East of West and loads more which I’ve started reading but aren’t fully up straight on. Obviously this also doesn’t factor in the proper superhero stuff either. What this list has done is made me want to read a lot of these again, I just got done with re-reading Preacher and Punisher. Hopefully anyone reading this will give some of these a go and enjoy them as much as I have, or at the very least suggests things in the comments that I’ve not read yet that I can look into.

For reference this was originally written by me for my mates website http://www.twobeardgaming.com