A couple of years ago my parents got themselves an apartment down in Newquay, my mum loves the area and always wanted a place by the sea so when my gran passed away they took the plunge. I personally have never been a fan of the area as I’ve always found it top be really old fashioned and stuck in there past, plus it’s fucking miles away from Northampton so I’d never bothered visiting the apartment despite my mum nagging me about it.

Well it got to a point where I figured I’d get it done so planned to drive down and stop off and see my sister seeing as I’d not seen her house that she’d moved into which was definitely a while ago, figured that I’d try and do the good brother routine. The added bonus was that I got take out for lunch so it was definitely a worthwhile stop off and I can now not feel quite as guilty that I’d not been to Swindon in ages. 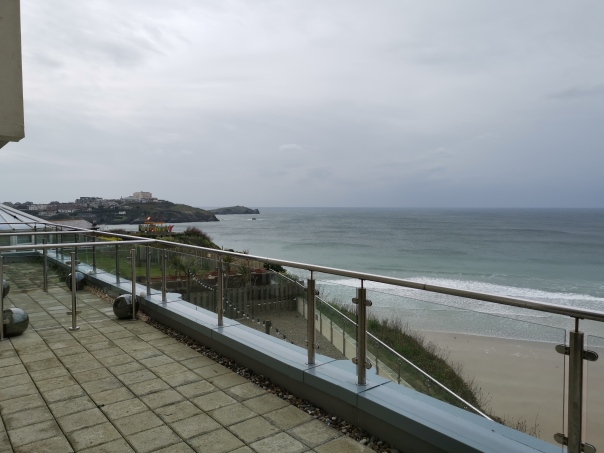 The drive initially was fine, Northampton to Swindon was a piece of piss and the early part of Swindon to Newquay was equally so too. The issues came towards the end as I stupidly decided not to make any stops so was in the car for around three and a half hours and my focus started to waver a little which was on reflection pretty foolish, lessons were definitely learned for the drive back to make sure concentration wasn’t lost at any point.

Upon arrival I had a quick look round the apartment to get myself familiar with it and dropped my shit off before going for a walk to see what was nearby. First impressions on this walk were that all I could smell was weed and that it was cold and wet which didn’t exactly bode well for the week ahead, though the view from the apartment was pretty amazing. On the plus side there were some interesting food places so that was a definite plus. I got some food from a place called the Fusion Kitchen, which does really nice Chinese and Vietnamese food, got some beers from the off licence and went back to the apartment to chill. 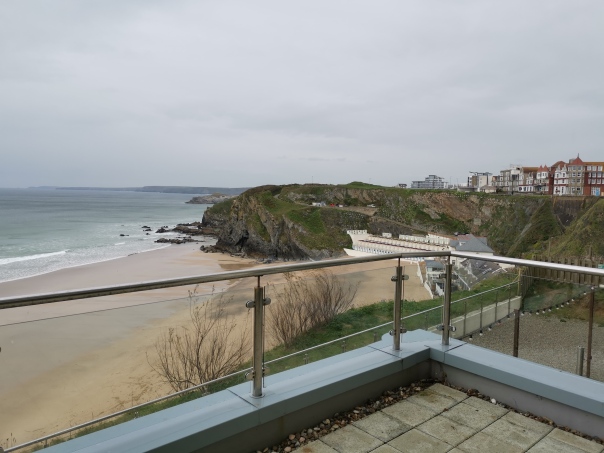 The plan for day one was to hit the aquarium and go to the cinema and watch Hellboy. The aquarium was cool but pretty small and is the first aquarium I’ve ever been to that didn’t have penguins or otters. They do have a blind turtle called Omiros though and it was nice to read about how they look after him, and to see him swimming around with no issues. The cinema was slightly bizarre, a ticket cost me a fiver which was shocking in itself. I enjoyed the film, it was a lot of fun, but didn’t get to see the final post credit scene as the staff didn’t realise there was anyone left in the screen so stopped the film which was a shame. 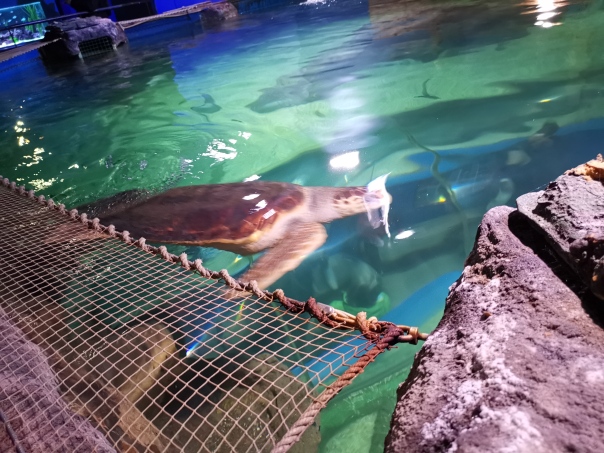 Day two was the prerequisite trip to the zoo, which it turned out was only a 15 minute walk from the apartment. The obvious favourite animals were the red pandas as they’re always cute as all hell but through a bit of backtracking I managed to see all the animals I wanted to even if they’d been hiding earlier. The funniest moment was seeing the tapirs and the male got what I can only describe as a lob on and his cock was longer than his legs, followed by a kid asking his mum what it was and whether it was another leg and her awkwardly trying to explain it while trying not to kill herself laughing. 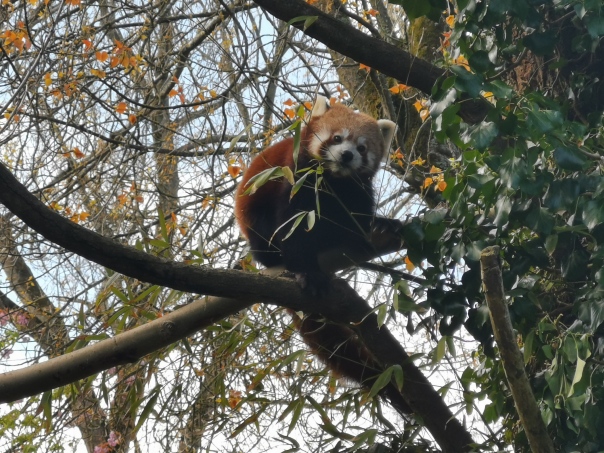 Dinner that night was at a little pan Asian place called Kahuna and it was pretty amazing, I found an Indonesian dish I’d not had since I was in India back in 2011 and while it wasn’t quite as good as that it was still bloody delightful. I then went to a bar for a beer or two and had staff come to check on me to make sure I was ok as they thought I’d fallen asleep when actually I was just reading a book, they were very apologetic about it but I just found it amusing.

The plan for the Wednesday was to head to a nearby owl sanctuary in the morning, as wasn’t expecting it to take too long to see everything there and then head to the Eden Project and have a wander round the rainforest dome. The plan expanded slightly on the way to the owl sanctuary though as I saw a sign for a Japanese flower garden so wanted to check that out so checked closing times and mentally added that to the itinerary. 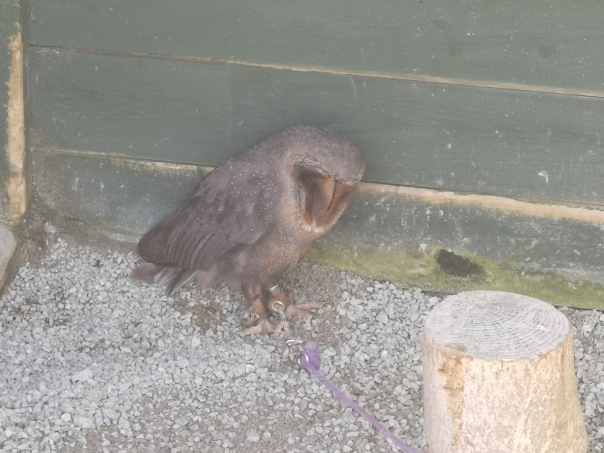 The owl sanctuary was pretty awesome, I was expecting it to be a pretty small place with a few different owls but actually it was bigger than expected and had loads of owls. There were also raccoons, merekats, Shetland ponies and other animals which was cool and there staff were knowledgeable and the talks were interesting and gave you the opportunity to see some of the owls up close which was amazing, I’d definitely recommend it as a place worth seeing. 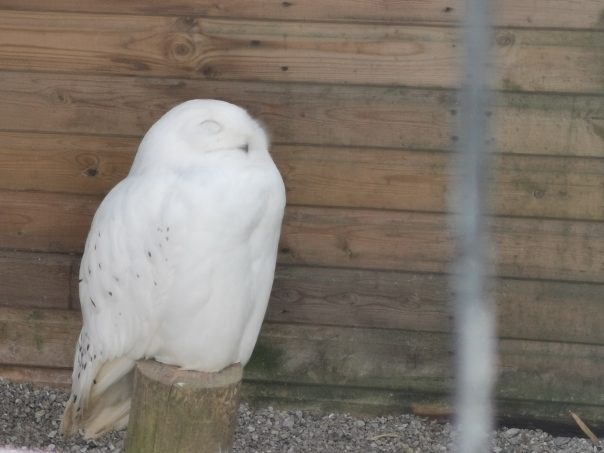 The Eden Project was next up, I’ve been before and it’s seriously impressive that people have managed to create the domes. My favourite is the rainforest one as it’s seriously cool, but the Mediterranean one is nice and had the added bonus of making me want to go on holiday somewhere hot. I was better prepared this time as last time I went I was in jeans and a hoody which was seriously unpleasant as the domes are bloody warm, shorts and t-shirt were a much better option. 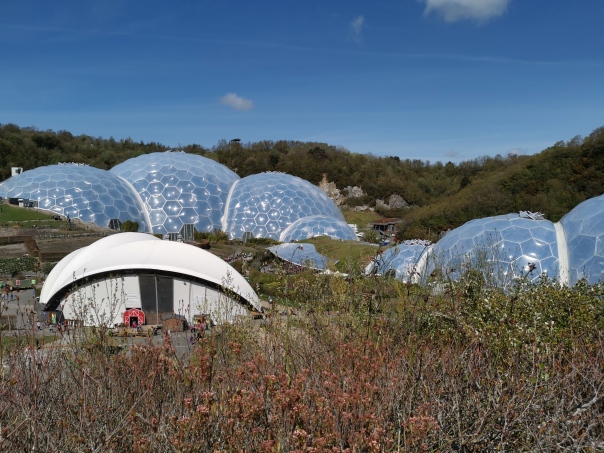 The final stop was the Japanese garden that I’d seen the sign for in the morning, and after a little bit of a winding road to get there I went in. I have to say it was really cool, and really peaceful, the koi pond  and zen garden were my favourite parts and there were loads of bonsai trees too. The only downside really is that it’s quite close to the airport so the planes can be a little loud which spoils the peace somewhat. 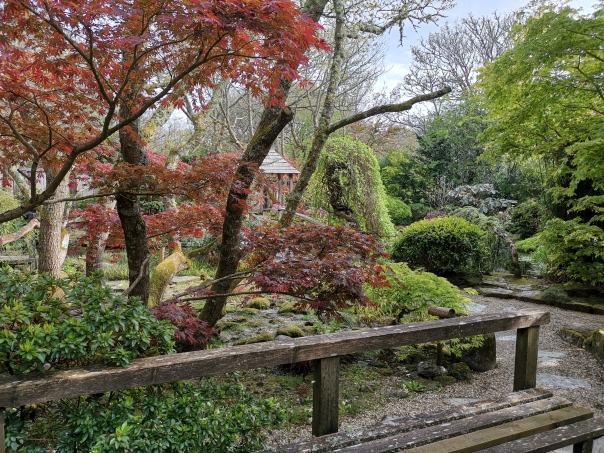 Dinner was at a place over the road from the apartment called Rebellion, I’d wanted to go there on Sunday but it was closed when I decided to get food and didn’t re-open until Wednesday. The chicken wings were immense and the burger was really tasty though I will say the use of a focaccia is a little bit too fancy for me, up there with a brioche bun in terms of unnecessary burger bun action. 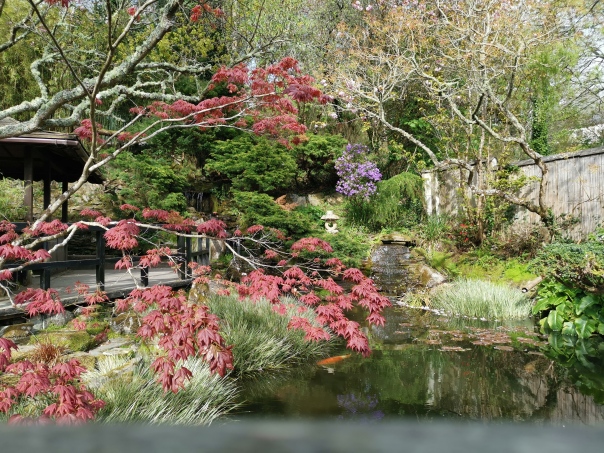 The final day was going to be a chill out day ahead of the ballache of a drive ahead of me on the Friday so I thought I’d have a wander round the shops, I’d especially wanted to check out the Weird Fish shop, and hit up the arcades to play some computer games, I wanted see if the games on offer were as good as the games I remember from why I was a hell of a lot younger. 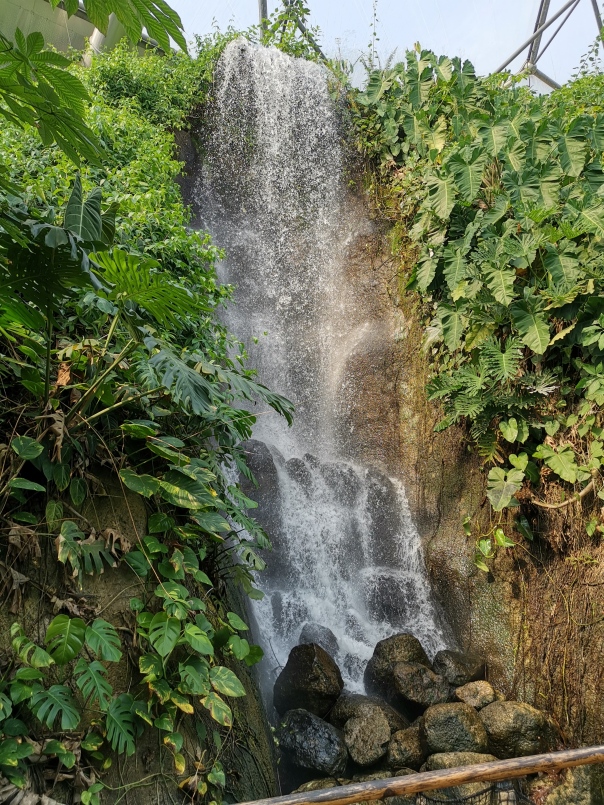 I hate to turn into a grumpy old man (this is a lie) but arcade games were most definitely better when I was a lad. There were quite a few arcades but the actual game selection was actually a bit shit. Arcades these days seem to mainly be those coin machines where you lob loose change in and those bollocks grabber machines which you have next to no chance of actually winning on and fuck that noise frankly. 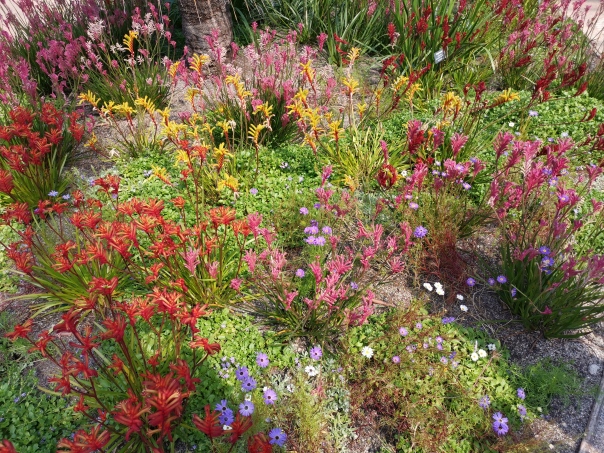 Shopping wise there was nothing out of the ordinary aside from a shit load of Cornish pasty shops, which is to be expected I guess. The Weird Fish shop was the one I was after, I had a couple of their t-shirts as presents recently but wanted a few more and they’re glorious. What was a novelty in comparison to Northampton was that there weren’t loads of shops that were closed, there’s also a decent selection of tat to buy for presents which is always handy. 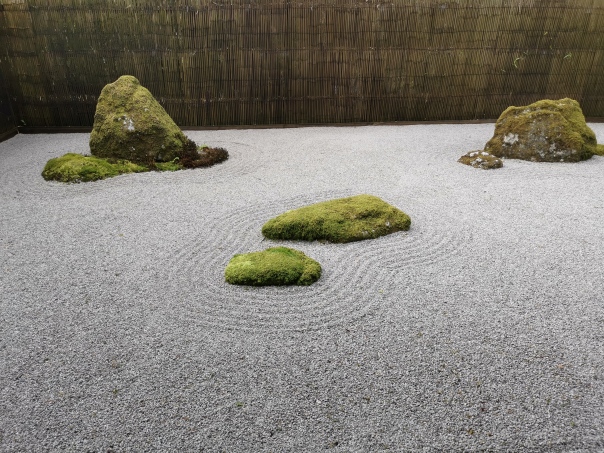 Overall it was a decent little break, I’m quite fortunate in that a lot of the time I’m quite comfortable in my own company so going away on my own doesn’t really bother me. I tend to embrace it because I can essentially be as selfish as I want with my time and do things at my own pace. I have no issues with compromising but it’s bloody nice to be able to do what I want to do when I want to do it. 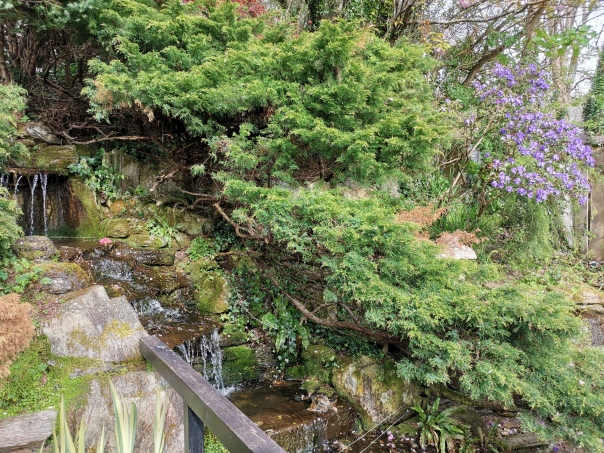 I’d definitely want to go again, ballache car journey aside there were a few things that I wanted to see that I didn’t get a chance to. There’s an aviation museum that has the potential to be kinda cool and there’s a seal sanctuary that’s a bit of a trek but that I’d really like to check out. You also have to assume there’s going to be some castles and forts and such like down there somewhere. 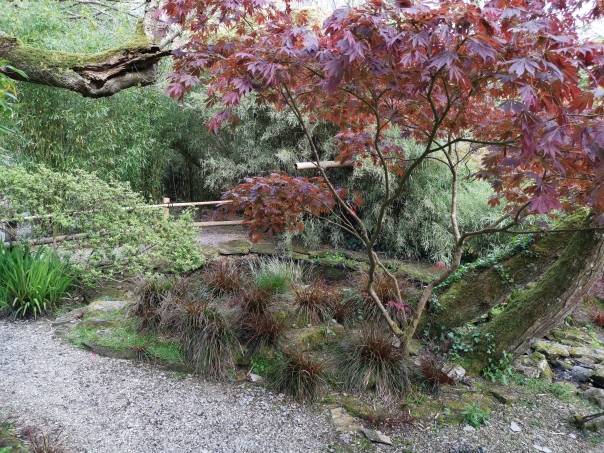 I wouldn’t say that I’ve been converted to Cornwall just yet but there are definitely things down there that appeal to me. And realistically I think the biggest appeal for me is that I’m not hugely familiar with what’s down there so it’s essentially a licence for me to go exploring and see what I can discover which is very underrated. 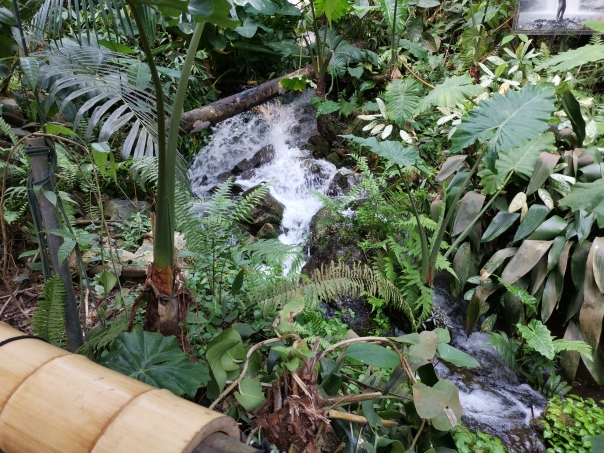