We’ve just about survived 2019 so I thought I’d do a little breakdown of my gaming, tv and film highlights of the year. I was going to to do a piece on the disappointments too but I figure I’d rather just focus on the positives. With that in mind lets get started.

5 – Stranger Things: Season 2 was a bit of a slog in places so it was nice to see that season 3 was a better overall experience in my opinion. It tells a more interesting story and it’s better paced. Some of the characterisation suffers with certain characters but ultimately the summer setting was a great shout and it leaves enough questions hanging that season 4 is one I’m looking forward to quite a lot, whenever that lands. Also Hopper’s shirt is 100% on point. 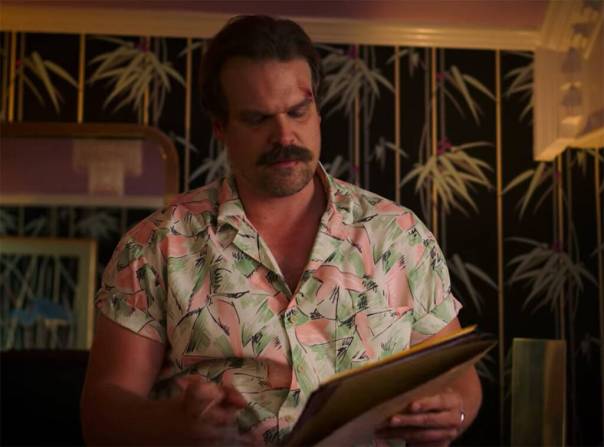 4 – The Witcher: A solid first season overall, based on the books rather than the games it’ll be interesting to see how this develops as more seasons are released but initial thoughts are it’s got great music and is visually impressive, and thankfully Henry Cavill makes for a pretty great Geralt which is always handy. It’s a little confusing in terms of time jumps but apparently that’s in line with the book and once you get your head round it it’s not too bad.

3 – Titans: Season 2 has it’s problems, the pacing is a little shonky and at times it doesn’t know what to do with all of it’s core cast but the season is a build up to Dick Grayson finally taking on the mantle of Nightwing which is a huge deal for me. It handles that aspect almost perfectly, the only issue I have is the change to where he gets the idea from but while it’s disappointing it does make sense as Titans has introduced Superman as it stands. 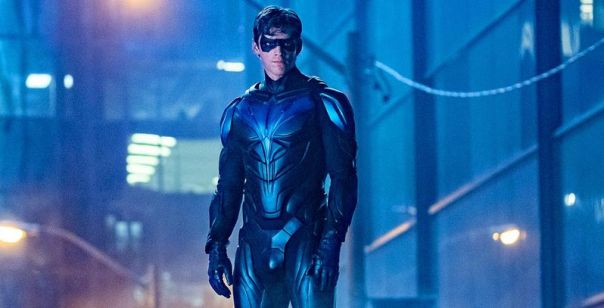 2 – The Boys: Based on a Garth Ennis comic it’s every bit as insane as its source material. Essentially a corporation has created superheroes who are for the most part psychotic maniacs. It’s bloody and violent and has a suitably dark sense of humour throughout and everyone is clearly having a blast. The positive buzz around it was such that it got a second season order before the first season had even aired, and it has to be said it’s wound up being great news.

1 – The Mandalorian: Set after Return of the Jedi this is one of the most visually stunning TV shows I’ve ever seen. It’s clearly had a lot of money thrown at it and thankfully it would seem to be worth it. It borrows heavily from the old school samurai and western films but it turns out to be a lot of fun within the Star Wars universe. The reveal at the end of the first episode is also pretty great and amazing that they managed it, if the internet hasn’t already spoiled it for you then I won’t. 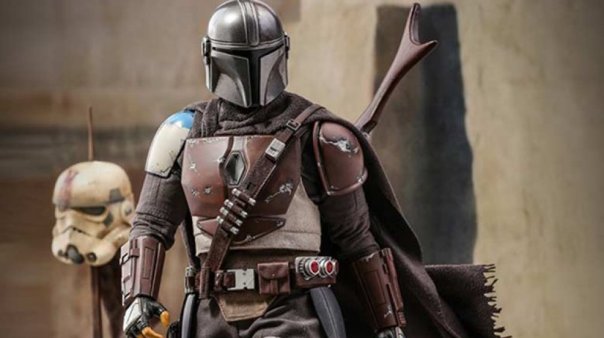 5 – Le Mans 66: This is what Ford vs Ferrari was renamed as over here for some reason. The film is fascinating as it tells the story of Ford taking on Ferrari at Le Mans after taking umbrage at the way they were played during takeover talks. The driving sequences are excellent and the film features typically good performances from both Christian Bale and Matt Damon. It’s one of those stories I knew a little about but learning more about it was incredibly interesting. 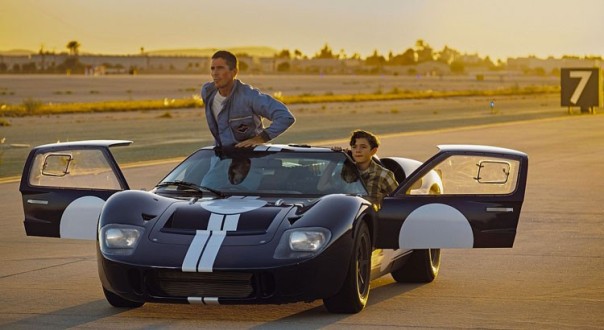 4 – Spiderman Far from Home: I loved the first MCU Spiderman film and this one is no exception. It acts as a nice little bookend to Endgame with the world coming to terms with the events of that films. Tom Holland’s version of the hero is in my opinion the best live action version to date and this film is just a lot of fun. Excellent performances all round and one of the best credit scenes to date which sets up the third film delightfully.

3 – Knives Out: This is Rian Johnson’s first film since the divisive Last Jedi (which for the record I liked) and it’s done pretty well critically as far as I can tell. A great cast putting in great performances and some really snarky dialogue make for a lot of fun. It also helps that it’s a decent murder mystery that keeps you guessing til the end, I thought I had it figured out a fair few times and still managed to get it wrong. 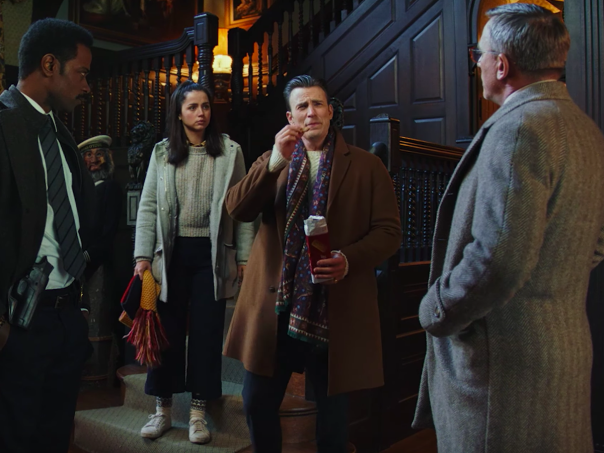 2 – John Wick 3: The third entry in the series actually does something impressive and manages to improve on the second film, it gets the balance between the action and the plot much better. Keanu continues to impress in these films and hopefully they’ll continue to be as entering as this is and also expand on John’s back story gradually too. It’s also worth seeing for just how appalling Jerome Flynn’s accent is, I think it’s meant to be Italian but I’m honestly not 100% sure.

1 – Alita Battle Angel: I was always interested in seeing this from the first trailer, it was always going to be interesting from a visual standpoint, it just turned out that I really enjoyed the whole film overall. I think it condenses a lot of stuff from the manga books down and it ends on a cliffhanger that makes a sequel a must (but no idea if that’ll happen) but it’s my favourite film of the year and I’d definitely recommend it as one well worth watching. 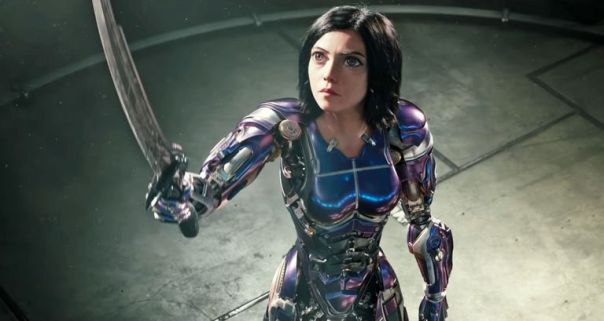 5 – Shenmue 3: Released 18 years after number 2 came out on the Dreamcast, it’s far from perfect, the English voice acting somehow manages to be worse that what came before and it’s very much a product of that timeframe, being a bit clunky like the original games were. It looks nice and all that but it makes this list purely because it’s a game I thought would never ever be released, plus it’s not the train wreck other games that were in development for ages turned out to be, Colonial Marines I’m looking at you. 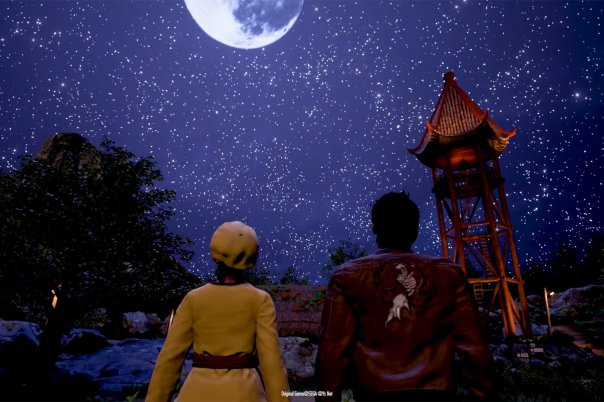 4 – Resident Evil 2: This is how remakes should be done, rather than just an re-skin using higher definition textures on the same 20 odd year old game Capcom have rebuilt the game from the ground up, It’s visually stunning and the engine they run the game on allows for much scarier moments and shows that there’s still loads they can do with the franchise overall, It’ll be interesting to see if the Resident Evil 3 remake will be as impressive.

3 – Afterparty: One of those games where the pitch hooks you straight away, you’re trying to escape Hell but beating Satan at a drinking game. Turns out it wound up being a really fun game, the dialogue is funny and the setting is suitably odd and it all just clicks. There’s also a surprisingly sweet element to it as the 2 protagonists are forced to confront some truths about each other along the way. 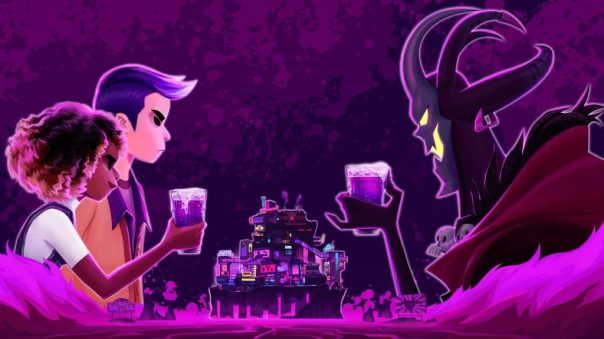 2 – Star Wars Fallen Order: To be clear there are elements I dislike such as the constant back and forth between planets, and things I despise such as the sliding portions of the game which are atrocious. That said there’s a lot to love, aesthetically it’s hugely impressive, the story is interesting and the the characters are well realised. Most importantly thought it plays decently and is just an all round decent Star Wars game.

1 – Nintendo: I couldn’t pick just one game as I’ve enjoyed Yoshi, Links Awakening and Pokemon and that’s just the games I’ve personally played. You also have things like new Luigi’s Mansion and Fire Emblem games amongst others so it’s been strong year overall for Nintendo. The regular Nintendo Directs throughout the year also point towards there being a lot more to come on the Switch so 2020 could be as good all being well.

Obviously all of the above is just my highlights so are absolutely my opinion. I personally love to hear what other people have down as their plus points for the year as it generally leads me to some nice surprises that I wouldn’t necessarily have otherwise considered.