I like movies a lot, I’ve sat through more than a few and enjoyed them despite the common consensus being that they’re a bit shite. It takes a lot for me to come away from a film thinking it’s crap but every now and then I watch something and wind up thinking it’s a massive pile of steaming wank. With that in mind here are what I think are the worst 10 films that I’ve ever seen. Note there may be some spoilers in here but the most recent films are from 2017 and if I someone stop you seeing them then I will have performed a valuable public service.

10 – Knowing: This one is actually quite a functional thriller for the first three quarters of the film, a series of disasters taking place as Nic Cage’s character deciphers a load of numbers written by someone 50 or so years before the film is set that have already predicted a number of disasters. Nic is on on decent form and pretty restrained by his standard but then in the last quarter aliens rock up and it turns out they’re rescuing children as the world is about to end due to a star flare. At this point the film degenerates into generic bollocks, it nearly recovers with the actual end of the world but then fucks it up with a tacked on happy ending of the rescued kids playing on a new planet.

9 – Max Payne: Somehow the only video game adaptation that makes this list, mostly because there’s usually something to enjoy even if it’s just how bad it winds up being whereas this doesn’t even have that going for it. The game it’s based on is incredibly cinematic so should lend itself pretty well to being converted to a film, however this is not the case. The plot mostly follows the game in the sense that Max is attempting to avenge his wife who was murdered in connection with a drugs case, however the people making the film managed to suck all the excitement and intrigue out of it, it’s just fucking boring. It’s a nice looking film but that’s really all I can say for it, Mark Wahlberg is phoning it in and I had to check the cast on IMDB just to see who else was in it, and it’s got some seriously talented people like Mila Kunis and Donal Logue in it so it doesn’t bode well for the script that all the other characters are completely forgettable.

8 – Batman & Robin: It’s pretty well known how bad this ended up to this point, it was an utter shit show. Not one member of the cast covers themselves in glory despite most of them being decent actors as a rule, George Clooney is normally great but he’s smug as hell in this. Then you’ve got things like nipples on the bad suit and the bat credit card, it’s probably even more camp than the 60s series but without the charm. I love Arnie but when the best thing about a film is him chewing scenery and reeling off a shitload of bloody terrible ice puns then you know something as gone drastically fucking wrong with your film.

7 – Matrix Reloaded: How do you follow up one of the most surprisingly fun films to come out? With a film that contains a scene with the biggest load of bullshit exposition I’ve ever seen in a film ever. The scene with the Architect where he’s explaining things to Neo is utter bollocks and literally makes no sense. The film wasn’t amazing anyway as it always felt like an unnecessary continuation of a film the didn’t really need a sequel, it feels the need to add far too much lore and just lost the narrative. But I suppose when there’s money to be made so a sequel is pretty much guaranteed when a film does pretty good money. I hated Reloaded so much that I’ve deliberately avoided Revolutions and from what I’ve read and been told I’m not missing much, which is actually kind of a shame.

6 – Transformers the Last Knight: I’ve wanted to like the Michael Bay Transformers from the very beginning but it’s difficult when the focus is on the humans rather than the fucking massive robots kicking seven shades of shit out of each other. Add into this Bay’s love of quick cuts, gigantic bastard explosions and the need to balls up existing characters like Hot Rod while adding in shite little robots to presumably sell toys and you can see why I don’t think much of them for the most part. This one gets the nod though as it’s a convoluted load of bollocks – it make Optimus Prime a bad guy, changes history so that King Arthur had a robot dragon to fight his battles for him and reveals that Earth is in fact Unicorn, which in the animated movie was a planet eating villain voiced by Orson Welles, so yeah bollocks might actually be a generous commentary. 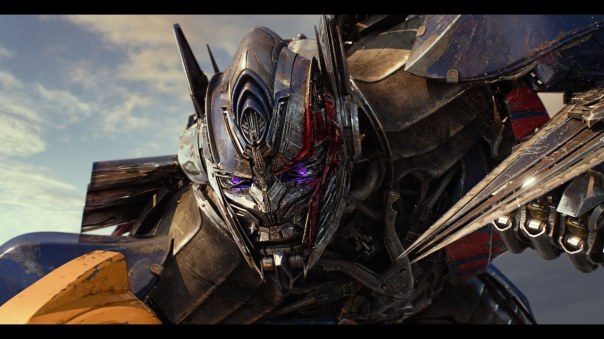 5 – Blue Streak: I went to see this Martin Lawrence starring “comedy” at the cinema when it was released after allowing a friend to pick the film for that particular trip. This was quickly identified as a huge error in the groups judgement and he’s never been allowed to pick a film again. The key thing about any comedy film is for it to actually be funny, this fails on that front dramatically, it was the closest I’ve come to walking out of a cinema it was that bad. The basic plot is that Lawrence is a criminal who hides his loot, goes to jail and when he gets out a police station has been built on the site so he pretends to be a cop to retrieve the stash, it’s an utterly bollocks plot and in Martin Lawrence it has a star who I think is even less funny than Adam Sandler, which is saying something.

4 – Pirates of the Caribbean Dead Men Tell No Tales: Lets be clear, I love the the first film but the series definitely peaked at that point, it sort of did what the matrix did and films two and three of the trilogy aren’t great, four was a bit of an improvement and then this, the fifth, isn’t very good at all. Johnny Depp’s schtick at this point has become a parody of itself and Jack Sparrow is basically a pantomime character at this point and the film somehow goes out of its way to make him a fundamentally unlikeable prick, he’s essentially overstayed his welcome by about 4 films all in all, and it would appear Disney agree as they’re apparently planning on a reboot minus the character. To top it off the story isn’t particularly engaging and it features what I can only assume is a Johnny Depp that has been de-aged with CG which looks fucking appalling. 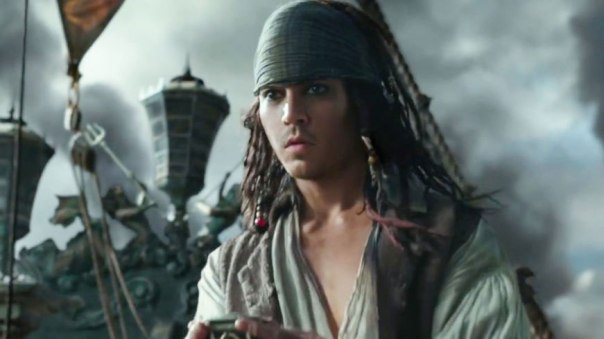 3 – Robocop 3: Robocop 1 and 2 were full of satire and ridiculously over the top violence so the obvious way to progress the franchise was to remove both of these things and make Robocop’s shooting accuracy absolute shite so that he’s essentially incompetent, giving him a child sidekick was also a sterling decision by the powers that be as well as having him take on robot ninjas and given how lacking in basic mobility Robocop is he should get absolutely fucking massacred by these ninjas. I’m all for being able to suspend disbelief to an extent but there’s so much bollocks in here which when married up to the atrocious acting of some of the guys in it makes it very hard to do. The special effects are also utter wank, the jetpack sequence is absolutely awful and this was released around the same sort of time as Terminator 2 and Jurassic Park so there’s evidence that this isn’t purely a hindsight thing, Peter Weller had a lucky escape when he had to turn this shitshow down due to scheduling conflicts.

2 – A Good Day to Die Hard: Where to even start with this clusterfuck, it’s nearly half an hour shorter than each of the previous films in the series and yet seems far longer t sot through than all of them combined. It casts Jai Courtney who may actually be one of the most unlikeable actors I’ve ever witnessed in a film and you have Bruce Willis in full not giving two shits mod, which is obviously what you want from your main star. I think the worst part is that they’ve managed to exhaust the wrong man in the wrong place scenario finally, and managed to do it while making an action film that’s boring as fuck. It also takes John McClane, who in previous films is the gruff everyman and turns him into a wisecracking psychopath which feels like a huge departure for the character. Honestly if you’ve not seen it don’t bother, it’s shit and it’s an hour and 45 minutes that you’ll never get back.

1 – God of Egypt: This film is so fucking awful that I turned it off the first time I watched it, the only reason I’ve now fully watched it is for the purpose of slagging it off in this paragraph, so in a way I hate this whole article now as a result. Nikolaj Coster-Waldau does his best with the material and Gerard Butler and the other cast members seem to be having an amazing time trying to out act each other but they can’t stop this being a bloody trainwreck. The special effects are fucking appalling for a film that apparently cost 140 million dollars and the story is bollocks revolving around set wanting to be immortal by making a suit of armour from bits of other gods, killing his father on his space station and setting a space worm loose on Egypt. Add to this that Coster-Waldau and Butler get to where CGI metal armour for some of the fight sequences and you’ll see why I think it’s so shit. That being said it’s that bad that I actually sort of enjoyed it so it might make a list of “so bad they’re good” films, though just know that if you’re intending to watch this it’s utter horseshit.

I’m sure some people will point out far worse films, some that I won’t have seen so can’t really include on that basis, and some that I’ve either forgotten about or my mind has just decided to make me believe I’ve never seen to spare me the knowledge of the shitness. Obviously feel free to let me know what your worst films are.

I originally wrote this for my mates website http://www.twobeardgaming.com